Assisted reality goggles finding a place in lotfeeding and processing FOR decades, tech companies have been trying come up with practical ways of bringing computer programs into the field.

The two highly promoted forms of this push are virtual reality, where a pair of goggles take someone into a completely different setting and augmented reality which superimposes digital figures on a view of the real-world – like a digital cow in the middle of your lounge room.

But another form of technology, called assisted reality, is starting to find its way into the livestock industry.

The technology runs from a head set, which has a speaker and camera attached to it allowing for calls over programs like Zoom and MS Teams. It can also facilitate computer programs hands free, using voice commands similar to Siri on an Iphone. Quirindi Feedlot Services’ Dr Tony Batterham, pictured above, has been trialling the technology as a form of telehealth in his veterinary work with some of the country’s largest feedlots. He presented some of the work in this month’s ALFA SmartBeef Bites webinar.

“What we originally thought is that we could be looking over the shoulder of staff in hospitals when we were not on site,” Dr Batterham said.

“In-between the regular visits or outside the scheduled visits you could actually use this device to do some mini audits of hospitals.

“It can also help with crisis scenarios like a serious disease outbreak when there is no expert on site.”

With assisted reality calls working off mobile reception and WiFi, there was limitations for operations in remote parts of the country.

Despite the costs, Dr Batterham and his team had found a wide array of uses for veterinary training across all parts of a feedlot. 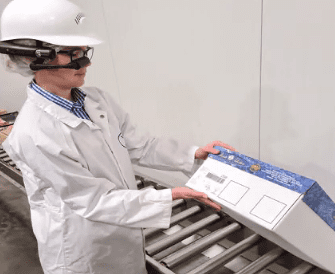 “One of the real advantages we are looking at is the ability to put workflows into the device for the user to do various tasks around the feedlot,” he said.

“You can adapt it to helmets and hats and because it’s hands free you can do tasks like pen-riding with it.”

Dr Batterham said with COVID 19 restricting movement and a national shortage of rural vets – telehealth was becoming more important for the lotfeeding industry.

“We certainly have been hampered in crossing borders over the past nine to 12 months and having the remote expert to help with vet work has been useful,” he said.

“Especially with things like diagnosis in the home pens and post-mortems where a vet can help with certain techniques.”

The technology has come in handy with some recent work by the processing sector, lobbying governments to reduce red tape. 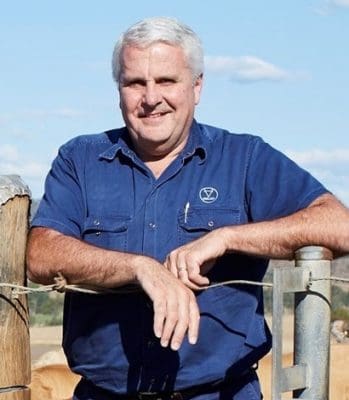 Director Terry Nolan said the virtual tour gave a lot the department workers access they had never had before.

“I was really impressed with the remote verification, there was nearly 100 people online interacting with the person wearing the smart glasses,” Mr Nolan said.

“A lot of people in both departments had never set foot in a processing plant.”

Mr Nolan said the company had also been using the technology to give overseas trade partners an insight into where the meat was coming from.

“We’ve recently done tours with customers from Japan and Korea and we have also done an Authorised Islamic Organisation audit,” he said.

“We had people from Canberra, Melbourne and we were in Gympie, signing us off on a Malaysian audit.

“It really gives us another level transparency because ‘out of sight, out of mind’ is just not good enough anymore.”