A HAND-HELD sheep condition scoring device that could play a key part in lifting reproduction to rebuild the national flock needs a commercial investor.

New South Wale’s Department of Primary Industries is seeking partners to deliver to market the new hand-held direct measure device – initially called Score 4 Sure — which offers producers the potential to boost flock reproduction rates by improving the accuracy and uptake of condition scoring.

Expressions of interest in the commercialisation rights to the sheep body conditioning tool are now open through the NSW DPI Global Ag-Tech, GATE, until Friday 31 January 2020.

NSW DPI livestock researcher, Gordon Refshauge, said the device has the potential to accurately score the body condition of billions of sheep and goats.

“The aim is to give thousands of producers around the world the ability to match condition scores of breeding ewes to levels we know will deliver an increase in pregnancy and lambing rates.

“Working through the GATE, with researchers from the University of Technology Sydney, we have developed a prototype, which is now ready to commercialise through the tender process,” Dr Refshauge said.

“There is a natural fit between the device and technology used to manage individual sheep, including auto-drafting and decision support systems,” he said.

“And those algorithms get more accurate the more animals they see.

“The algorithms are trained to ground-truth data, and at the moment the ground truth is me, my condition scoring,” he said.

“And it is (trained) to me because I haven’t found someone who is more accurate and has less error.”

Currently, producers typically manually judge sheep body condition or assess body condition by hand, feeling the amount of muscle and fat tissue on the back of sheep and scoring them from 1-5 for increasing tissue depth and cover. Producers, especially those trained through the Lifetime Ewe Management Course, use hands-on subjective condition scoring before joining, at pregnancy scanning to determine status, to differentially manage sheep to maximise reproduction and minimise losses.

However, Dr Refshauge said subjective condition score measurements on farms have a low rate of repeatable results and can lead to discrepancies.

“I’ve had competent, experienced people who have been trained to assess sheep, rate our research ewes as too fat, while another said the same sheep were too lean.

“These decisions impact on the allocation of scarce feed resources and play a major role in animal welfare, so we need to get the body condition score right.

“Matching feed requirements with appropriate feed resources improves the performance of the whole flock, in particular reproduction rates, and is increasingly important during droughts,” he said.

“Producers want this type of innovation – an accurate, easy to use device, which can be shared between operators and link with the existing platforms they use to manage sheep.”

“And obviously we know how critical that is given the national flock is at a 100-year low and we have to produce more from less.

“Condition score precision is critical, particularly in late pregnancy, when it impacts ewe and lamb survival,” he said.

Reproductive returns are driven by the effectiveness of differential management measured by setting and achieving precise condition score targets for single, twin or triplet-lambing ewes.

Dr Trompf said despite industry training of sheep producers in manual condition scoring techniques, reversion after training is an issue, and having an adoptable, practical and accurate tool with a genuine cost-benefit might help sustain or improve adoption rates.

Retaining accuracy in condition scoring is an issue 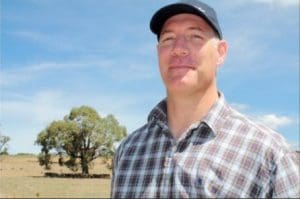 Dr Refshauge said he had noted that only farmers who had undergone LTEM training were condition scoring sheep with their hands, with others visually assessing sheep. When he compared his scoring with that of LTEM-trained producers there was often a difference of 0.5 score.

“I’ve spoken with other consultants and they find the same thing; generally our view is that farmers will overestimate the condition of animals, whether trained by LTEM or not.

“The issue is not the training, it is the subjective assessment and then over time they will drift and they also have their own experiential bias,” he said.

“Most farmers are at around 50pc accurate or less and the error that goes around that is commonly half a condition score,” he said.

“So when you then think about how many animals are being allocated feed resources.

“He said most people are good at picking up the extremes – very lean and very fat sheep – but with most animals at between condition score 2 and 3.5, and most at at 2.7-3, when we’ve got to make a decision.

“So if our error is at least half a condition score out then it is really rubbery at that decision point.”

Dr Refshauge expected his objective device to “iron out” much more of that error, and it was even able in trials to pick up differences in tissue depth on the same animal. He would not describe how the condition scoring device worked. But he said it was coping well with wool length and it effectively replaced subjective assessment with more accurate objective measurement.

Dr Refshauge said he could not say whether the commercial device would be able to condition score sheep at the same rate or quicker than subjective hands-on assessment, although that is a key outcome for the commercialised device.

“The commercial partner may want to take the machine learning algorithms and the engineering and technology that we put into it to make it work and shape it however they want it, so it matches their own systems.”

But after doing repeatability work with trained LTEM people, researchers and trainers going slower trying to be accurate, compared with his team carefully using the prototype device, he believes the end product “will work well, more accurately and as fast, but I can’t guarantee faster without speculating what the final product will look like.”

Automation could improve the uptake and use of condition scoring

Dr Refshauge believed the device would improve the uptake and regularity of condition scoring through automation.

“The data we are creating with this device is being sent by WiFi or we can do it by Bluetooth, which means it will very easily integrate into decision support tools.

“The future farm vision is an Internet of Things connected network where you would condition score the animal, the result goes to the cloud and automatically you’ve got a draft gate decision being made and concurrently you’ve got performance recording of relationships between reproduction outcomes and the animal’s condition score,” he said.

“So you would be able to set your own farm targets based on your own data recorded over time with a device that is more accurate than you are.

“There is no technical barrier to the device being integrated with a weighing crate with a robotic arm.”

He said the timing of the device is very good because of the value of reproduction to the national flock, and the interest in optimising flock management and need for efficient use of scarce resources in a period of “incredible climate variability challenges.”

“I’m very sure that some flocks will have different condition score targets to reach their optimal reproduction rate and once we understand that with a really solid accurate condition score we can change our flock structure, size and allocation of feed resources to make it more efficient or demonstrate to farmers how they can go about lifting their reproduction rates.

“The efficiency of reproduction will improve, giving the opportunity to lift flock numbers generally.”

He said the on-farm availability of the device would depend on further development by a commercial partner.