Sean Starling, the senior executive who has led Meat & Livestock Australia’s Research and Development and innovation programs for the past three years, has left the organisation in a surprise departure.

A Meat & Livestock Australia spokesperson confirmed to Beef Central this week that Mr Starling has left the company, but no reason has been given for his departure.

The MLA spokesperson said Mr Starling has had a big impact driving the R&D program at MLA, particularly in the off-farm and automation space. 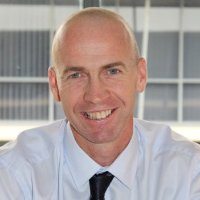 Mr Starling has been at the forefront of technological innovation in the Australian red meat sector for two decades as an engineer and program manager.

He first joined MLA working in automation and robotics in 2002 before joining Scott Technology in 2009, where he worked on beef industry automation, including the use of DEXA cameras in meat processing.

In 2016 he was appointed by then MLA Managing Director Richard Norton to the role of MLA General Manager, Value Chain Innovation, then General Manager – Research, Development and Innovation.

Areas of focus in that time ranged from automation and robotics to improving on-farm connectivity, the ‘internet of things’ for agriculture and ag tech adoption on-farm.

When asked about his departure this week, Mr Starling said he had moved on from MLA.

“Time for me to go, I have done all I can in the current climate at MLA.”

MLA said it is recruiting for a replacement and will make any announcements in the normal course of that process.