ABARES, the science and economics research division of the Department of Agriculture and Water Resources, has released findings that suggest the organisation might believe Sidney Kidman still breathes, George V is still King and the telegram, until now, has been our preferred tool for distance communication. 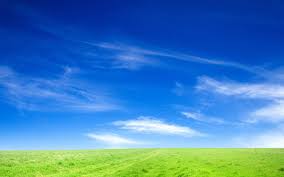 I kid you not, the Bureau’s latest ‘research’ report released last week states that “New information and communications technology (ICT) could deliver the next wave of productivity growth in Australian agriculture”.

The study (see a summary of some of its key findings here) is backed by research that reveals farmers are actually using telephony and personal computing devices to manage business. In other breaking news, the sky is blue, the Pope is Catholic and John Deeres are green and yellow.

At a time when there is rapid technological change, with new products and services popping up all over the country, our Department of Ag thought it would be fun to aggregate a few surveys and release ‘new research’ about how farmers can use phones and computers.

Of these groundbreaking ‘key findings’ (based on surveys conducted in 2016-2017), some of my personal favourites include:

“Examples of ICT used on farms range from computers and telephones through to things like GPS guided harvesting equipment.”

“Internet commerce allows the purchase of goods or services quickly and conveniently and is increasingly available to farmers to make and receive orders online.”

“ICT applications on farms varied between industries. For example, GPS-enabled technologies are widely used on vegetable and grain farms, and electronic identification and herd management tools are commonly used on dairy farms.”

“The availability and quality of internet services influences farmers’ access to and use of ICT.”

The taxpayer-backed research worked out, by interviewing 2200 farmers, that producers actually use phones, computers and keyboards to help run their operations and concluded that larger farms with more scale and profit tend to spend more on ICT than smaller, less profitable producers.

Either it’s a prank, someone published something from the Howard-Costello era, or heads need checking at ABARES.

This comes at a time when agricultural research is coming under (another) review, this time a directive from the Big Cheese himself, the Minister for Agriculture, head of the department.

Which begs the question… when will these researchers be told to look for and research things that may generate some sort of social or economic return? And when will industry start prioritising itself, its future and funds over the school fees and mortgages of researchers who seem to be the only ones benefiting from this piss and wind?

We’re at the beginning of a wave that’s fuelling startups, attracting tens of millions of dollars and pulling in fresh talent, all aimed at solving commercially relevant problems throughout the sector, on farm and in the supply chain. This is a huge opportunity for researchers to actually research real problems, find inefficiencies and use funding to identify 21st century challenges in industry.

If they’re hard up for inspiration, getting out of the lab or office to many of the agri events to speak with humans who have skin in the game would leave them with a list to fill a lifetime or five.

From moves in horticulture to decentralised markets, traceability of food from inside the gate to plates overseas, better enabling farmers with financial technology to de-risk and increase margins, hell, even researching the $1.2 billion agtech fail that is drones might save some newcomers some time, energy and money.

The list goes on, and it’s near endless. Instead, we’re served up the bleeding obvious, left unsatisfied and questioning the relevance of certain people, functions and organisations.

Meanwhile in Victoria, Minister for Agriculture Jaala Pulford is rigging up commercial farms with sensors and networks and inviting agtech from around the world to plug and play. It’s the cornerstone investment of $27 million allocated to digital agriculture. Someone tell ABARES there’s a few farmers around who are looking beyond UHF radios.

We have so much opportunity to catch up with many other agricultural nations around the world when it comes to effective research that has meaningful impact on the industry; but it will take strong leadership to get there.

In the meantime though, it’s good to know we all use phones and computers.