THE IMPORTANCE of fast and reliable data connectivity plays a crucial role in rural Australia’s ability to compete in the digital space. 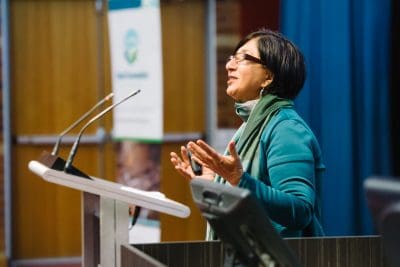 It was a recurring theme on Wednesday, the midpoint of the University of Southern Queensland’s (USQ) Resilient Regions Week, as its Regional Economies Centre of Excellence (RECoE) took control of the program.

RECoE professorial research fellow Hurriyet Babacan spoke on the topic of Digital Connectivity, Disruption and Inclusion in Rural Australia, and cited a recent report entitled Connectivity and digital inclusion in the Northern Gulf.

The report built on findings from the Australian Digital Inclusion Index (ADII), an annual national survey of access and affordability of internet services, as well as digital ability, or people’s capacity to use the internet in daily life.

At 62.4, digital inclusion in capital cities was 8.5 points higher than in country areas on 53.9, while North West Queensland, including rural FNQ, scored 52.8, to make it the second-lowest digitally included region in Queensland, just ahead of east-coastal Queensland on 52.6.

“Digital inclusion is driven by affordability, accessibility and ability, and… social inequality can magnify in the digital space,” Professor Babacan said.

“The pace of change is slow.”

Professor Babacan said rural areas were at risk of lagging behind in productivity and inclusion rates.

The Cairns-based researcher has called for more involvement from the private sector in helping to ensure people in rural areas of all ages have the skills and services to operate in the digital space from their homes and workplaces.

“There is nothing that one government or agency can address; we need to think much more effectively about how we bring the private sector in.”

“What people are wondering is ‘are we going to be prepared enough to take part?’.

“Are we going to have the skills to change from an accountant to a data analyst?

“We need to be thinking about training, education and training options.”

Professor Babacan said 65pc of children would be employed in jobs that do not exist today.

The report said the “short fuse, big bang” scenario presented significant threats, as well as opportunities, for business and government.

Areas of potential change include a widening of tasks that can be automated, or affected by customer data, and supply-chain efficiencies. 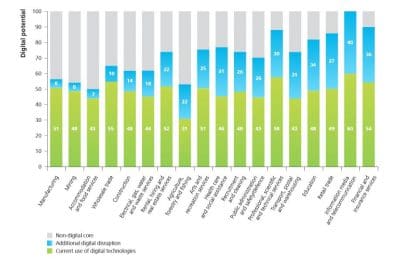 Of the 18 major industries within the Australian economy as tracked by the Australian Bureau of Statistics, agriculture, forestry and fishing had the second lowest cumulative ranking of 55, one point ahead of accommodation and food services.

FNQ Regional Organisation of Councils (FNQROC) figures pertaining to the rural Northern Gulf local government areas of Croydon, Etheridge, Kowanyama and Mareeba, and parts of the Cook and Carpentaria shires have also supported the premise FNQ is lagging when it comes to connectivity.

The organisation said only 30 per only of its 5100 kilometres of main roads had 3G or 4G signal, and the comparable capital city figure was 1pc.

A 2017 study from Zhang et al said in agricultural use, 94pc had an internet connection for their business, 49pc did not have any special farm telecommunication infrastructure like satellite, 53pc relied on themselves to troubleshoot, and 91pc collected livestock data.

Professor Babacan also cited the annual Surfshark Digital Quality of Life report, released in August, which ranked Australia fourth out of 65 countries in terms of affordability, but 42nd on internet speed.