The technology for the joint project will be developed and piloted in the Belgorod region (Russia’s Central Federal District).

Rusagro’s Digital Transformation director, Arthur Bashokov said: “We expect that the use of autonomous systems for the management of grain harvesting will significantly improve efficiency.

“These technologies will help reduce crop losses and will help save more resources.” 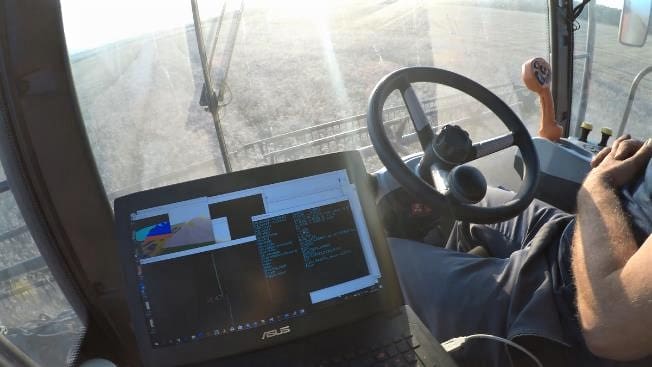 The system will be capable of performing safe autonomous movement in ploughed or unploughed ground and mown or unmown fields.

It can be installed on harvesters of any brand and will detect obstacles, such as other machinery, trees, roads, animals, and people.

It will be mandatory for an operator to be in the cabin during harvesting. However, the system will allow the operator to focus more on the quality of the harvesting process and better control the angle of the header and other settings.

The two companies expect that within the next few years the automated system will be installed on all of Rusagro’s combine harvesters, the fleet of which consist of more than 800 units.

“Our highly developed computer vision system allows just one camera to achieve similar results to what most leading international manufacturers get with three or four sensors, including a lidar,” she says. “It also ensures the safe operation of the self-driving harvester in any weather and lighting conditions.”

The system is installed on the so-called ‘Agrodroid’ – a control system for autonomous agricultural machinery.

It’s an artificial brain that is equipped with a cradle – a universal device for fast connection with different agricultural machinery: harvesters, tractors, and sprayers.

Supplying the solution with a cradle makes it possible to move the artificial brain from one machine to another without purchasing a new system each time.

The equipment installed on Rusagro harvesters includes an automatic control unit (Agrodroid), a video camera, a display screen, a set of connecting cables and other elements of the control system.