What can be done to increase the adoption of precision technologies? THE rate of adoption of emerging technologies which could transform agriculture remains stubbornly low.

Technological advances such as digital agriculture, precision farming, gene-edited crops, biofuels and agrivoltaic solar farms have been around for many years now, yet the take up rate is stuck in the slow lane.

Why is that and what can be done to encourage greater adoption?

That was a question University of Illinois’ Department of Agricultural and Consumer Economics professor, Madhu Khanna, addressed at last week’s annual conference of the Australasian Agricultural and Resource Economics Society (AARES) in Perth. 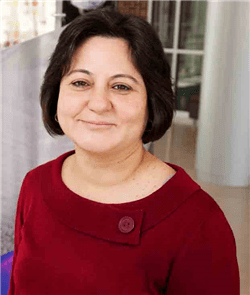 Attempting to pin point what was behind the low adoption of new technologies, Professor Khanna said there were economic reasons that were often ignored and human factors that were poorly understood.

“For some of these technologies, there is significant upfront investment needed. And the returns are often not yet demonstrated. There is a lot of uncertainty about what the returns will be. The value has not been demonstrated,” she said.

“So that leads to an incentive to wait and watch and delay adoption until it has become more widespread.

“Risk and uncertainty are some of the factors that prevent adoption.

“And there are other economic reasons, such as credit constraints which prevent investments in these technologies.”

Professor Khanna said there was a need for a combination of strategies that overcame the initial barrier to investment in new technologies.

She said there could be a case for Australia to follow the example of the United States where economic incentives were provided to farmers to encourage them to adopt new technologies, especially those that enhanced sustainability practices.

“You need to target those incentives in ways that achieve the largest benefits for the lowest cost. That can be achieved by really understanding what the ecosystem services are that the technologies provide,” she said.

“In the US the current strategy is to have conservation programs that provide incentives to farmers to adopt better management practices, but they often tend to be uniform across all farmers and are not very performance oriented.

“So, the more we can make these policies more targeted to induce adoption in the right place at the right time it will be a better combination.”

Professor Khann said while Australian farming was much more market oriented than in the US, there were many similarities between the two countries’ farming systems and she saw a similar need for incentives to be provided to Australian farmers to adopt new technologies.

“The more these incentives can be made market based so they are not just government handouts the better for the agricultural sector. In that sense, the solutions are similar but may differ in design based on the institutions of the two countries,” she said.