National appetite for ConstraintID in spotlight Australian Agronomy Conference delegates on last Wednesday’s field tour to Pacific Seeds’ Foundation Farm at Allora hear about digital technology and how it is used in decision-making. Photo: Pacific Seeds

A WEB-BASED tool which uses historical satellite data to help identify soil constraints could be rolled out nationally if sufficient interest for it exists in Australia’s grain-growing regions.

Known as ConstraintID, it was developed through a research project four-year research project which finished in April this year and was funded by the Grains Research and Development Corporation (GRDC).

It was developed by a team from the University of Queensland headed by Yash Dang, who spoke about ConstraintID at last week’s Australian Agronomy Conference on the field tour to Pacific Seeds’ Foundation Farm at Allora on Queensland’s Darling Downs.

Entitled Application of digital technologies to enhance decision-making, the session included presentations which outlined how drones, satellites and specialised cameras are being used in research and agronomy in Australia.

ConstraintID uses Landsat imagery collected since 1999, taken mostly at intervals of 8-16 days, and displays it via pixels covering 30 x 30 metres to reflect variances in crop growth within paddocks. 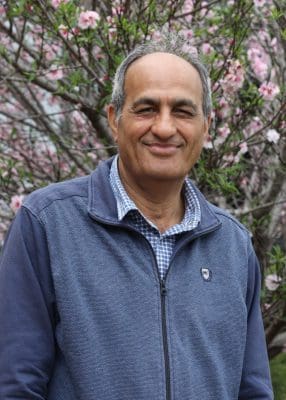 In his talk, Dr Dang said around 77 per cent of Australia’s soils had one or more constraints which limited yield, and that ConstraintID had been developed to help identify where those were.

“If you have stable patterns of poor performance, it is likely related to the paddock,” Dr Dang said.

ConstraintID then suggests locations for soil sampling to indicate the nature and extent of constraints.

These can include acidity, sodicity or deficiencies of nutrients such as phosphorus and nitrogen.

“The major advantage of this tool is we can pick out where we should go and sample this paddock.”

Factoring in soil texture as well, as indicated by the ConstraintID user, the tool then suggests crops suitable to the paddock.

The tool is used by a number of growers and consultants in NSW and Queensland, including MCA Agronomy at Goondiwindi, and director Paul Gardoll said he uses it for a group of clients to identify areas where factors including lack of nitrogen, sodicity and waterlogging have impacted yields.

“The data’s there and it’s a quick, easy, free shot of what’s happened in the past; it’s all to do with biomass production,” Mr Gardoll said.

He said the historical information from ConstraintID was valuable to growers starting or continuing on their precision agriculture (PA) journey, and prepared to ground-truth web-based information.

Mr Gardoll said it was particularly valuable for growers looking to make decisions about amelioration and crop inputs, and without a long relationship with the paddock in question.

While yield maps give data about a paddock’s performance, Mr Gardoll said they cannot supply the visuals that are available visually from the header cab.

“There are not many farmers that drive the header anymore.”

“In the past 10 years, the person driving the header could be a backpacker or a uni student.”

He said the widespread use of harvest contractors has disconnected growers from what used to be a regular seasonal part of ground-truthing, and ConstraintID went some way to filling in the knowledge gap.

As part of its northern soils project, GRDC launched ConstraintID to provide a proof of concept to identify constraints at paddock level using the crop as an indicator species, and to suggest sampling points for testing to guide soil-amelioration programs.

While UQ is the major holder of beneficial interest in ConstraintID, its future lies in GRDC hands.

GRDC soils, agronomy and nutrition manager – North  John Rochecouste said the organisation was hoping to refine the weight of data used by the website, and improve ConstraintID’s accuracy before considering national demand.

“The key thing is understanding demand, which is why the project provided a free test platform and requested feedback.

“At the moment it is still a little clunky in parts and is gradually being refined.”

In its defence, Mr Gardoll said ConstraintID was no different to any other platform.

“Anyone involved in any data management knows there are always going to be glitches.”

However, Dr Rochecouste said GRDC was looking to commercialise ConstraintID.

“We are open to have those conversations with licensees to make it workable across the industry.

“The cost consideration for GRDC is mostly maintenance: how do we maintain the service in a self-sustaining way?

“We feel it is better not to rush the process and look to improve the development and cost options before rolling it out nationally if the demand is there.

“Investment consideration would need to be in line with grower demand.

“We are promoting the concept and gauging the demand from industry for the product.”

Dr Rochecouste said any further major funding commitment would be via approval from GRDC at the panel and executive level.

Grain Central: Get our free news straight to your inbox – Click here