Logged out: Farmers in remote areas are being left behind by the digital economy

FARMING families and communities in Queensland’s remote north are a good example of people in remote regional and rural areas of Australia being left behind by the digital economy, putting them at significant social and economic disadvantage.

Our report, launched in Cairns today, details the impacts of low levels of “digital inclusion” among farmers in Far North Queensland (FNQ), for whom reliable internet connection is not a given.

People in rural and remote areas – including Indigenous communities – score much lower than urban Australians on the Australian Digital Inclusion Index. This index – which measures access to technology, affordability of connections, and digital ability – shows that North West Queensland (which includes FNQ grazing lands) is one of the least digitally included regions in Australia.

The index also shows that farmers have lower digital inclusion scores than others in similar socio-economic circumstances. Farmers’ experiences of digital exclusion are therefore worthy of investigation.

While some Australian farmers are getting online and adopting various forms of agricultural technology such as drones, sensors and automated vehicles, many are being left behind. Given that a 2018 federal government report on Australia’s tech future predicted that agriculture will be transformed by digital technologies, it is important to understand how best to help farmers in remote areas get on board. 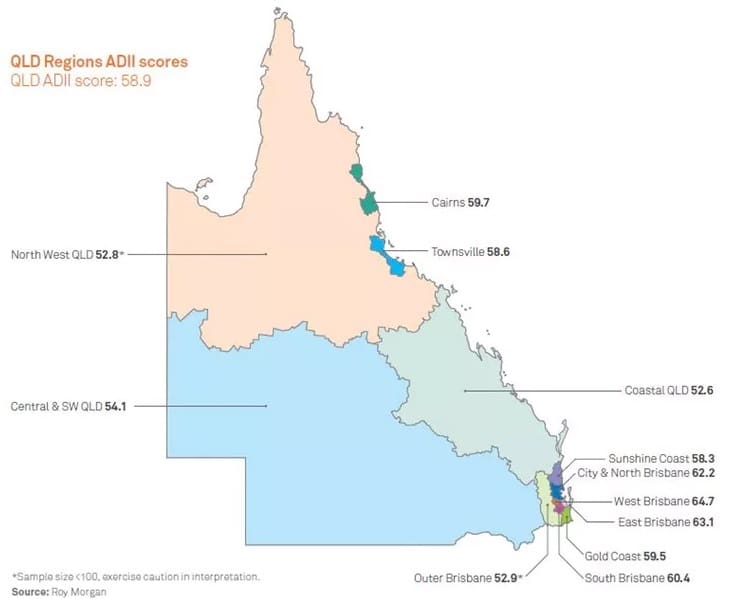 Our research revealed a range of findings about the impacts of low levels of digital inclusion for FNQ farmers. Here are four of the main insights from the report.

Challenges with unreliable services, network congestion, slow internet speeds, and data caps in rural and regional Australia are well documented. In rural FNQ, mobile, internet and landline connections are often intermittent or drop out altogether. Therefore, many farmers “layer up” on service plans and devices.

For example, a FNQ farming family may have several mobile phones and plans with different providers, a satellite phone and plan, a home landline, and a wireless or satellite connection to the National Broadband Network (NBN). An urban family, meanwhile, may have just one provider that guarantees access and unlimited data to all devices in the household. Farmers pay more for less.

Data is scarce in remote households

Data scarcity is also an issue for farming families, particularly in remote households with only satellite internet connection. Unlike the unlimited fixed-line NBN plans available in urban areas, plans using NBN’s Sky Muster satellite are capped, and often more than half of the data is only available in off-peak times, such as between midnight and 7am.

This affects how remote families live, and limits people’s access to digital opportunities. Farming women in particular have to monitor the data consumption of adults, kids, workers, and visitors – often there is not enough to go around.

Deciding what digital activities (banking, homework, job-seeking, video-calling) to prioritise – and who misses out – can be stressful and contentious. Farmers need to be online to comply with the law

To meet their accreditation requirements, FNQ cattle producers must complete online modules on various topics including biosecurity, transport methods, and animal welfare. Complying with vegetation clearing laws also involves accessing maps that are only readily available online. Many farmers struggle to gain access to the internet, log in on a suitable device, navigate the online platforms, and complete the mandatory training. Many therefore risk noncompliance.

For similar reasons, some graziers are resisting digitisation of the National Livestock Identification System, which is used to track the movement of cattle nationally. This system is essential for biosecurity, meat safety, product integrity, and market access. Breaches to the system could have catastrophic consequences for the beef industry, for instance in the event of a freeze on the wider movement of cattle. The network is essential

FNQ farmers rely on mobile and internet coverage across properties and between townships for all sorts of activities, from coordinating the everyday school run to responding to an emergency such as a bushfire. Although two-way radios still play an important role in emergency response, people can only respond if they are in range.

In many instances, FNQ farmers can only access reliable phone or internet from their house or the nearest township. While the national Mobile Black Spot Program is helping to bridge gaps in mobile phone service along major road routes, affordable solutions are needed to beam wifi signals substantial distances from the house.

What can we do to help?

There are several things government and industry could do to help improve digital inclusion in FNQ agricultural communities: