A GPS-enabled cattle ear tag providing accurate and timely information about livestock location and movement has been commercially released for the first time.

The tags are now commercially available, direct from the manufacturer, at a cost of $44 per unit, plus a $6 a year subscription fee.

Solar powered GPS ear tags would allow producers greater insights into the way their cattle move and interact with one another, the developers said.

mOOvement has been developing the tags and testing them with producers across broadacre operations and they are now the first commercially available monitoring ear tag in the market.

The system includes the GPS ear tags themselves, an antenna to receive the GPS locations, and the software that enables monitoring and analysis of the data that’s provided.

After a lengthy period researching, analysing, building and improving mOOvement’s tags and software, it was an exciting step to get the product into the market and to make it a part of cattle operations all over the world, one of the company’s founders, Pieter Vogels said.

Using a solar-powered ear tag, each animal’s location could be monitored in real time, he said.

“This means the computer in the office, or the user’s phone gets an alert if an animal is stationary for too long, or if they get through a fence into the neighbour’s property.”

The tags communicate using a local network that is set up on each property and doesn’t require phone or internet coverage. This technology, called LoRa, was ideal for regional and remote operations, Mr Vogels said.

One of the cattle producers involved in early pilot trials, Scott McClymont from Rosella Plains near Mt Surprise in North Queensland, said in his country, it was difficult to get a clean muster.

“We are also next to a national park and lose cattle through the fences. If we get an alert from the tags we can go straight to the animals,” he said.

Cattle stations across Australia to this point had not really been influenced by some of the digital innovations happening in other industries and other areas of farming, Mr Vogels said.

“Many properties still muster on horseback and management practices have hardly changed for decades. As technologies like water flow meters, image monitoring and drones come online, we think the GPS monitoring of cattle is the next logical step,” he said.

“It’s terrific to get mOOvement into the market and to make it a part of cattle operations over the world,” said Daniel Rieder, mOOvement’s sales director.

“mOOvement is the only GPS ear tag in the market that is compact and light, easy to apply and remove. It’s powered by integrated solar panels,  is reusable, and has an expected lifespan of at least five years.”

“In an era when bulls can cost tens of thousands of dollars, it’s reassuring to know whether they are doing their job. By using a mOOvement tag, the manager can see when a bull is interacting with cows, and can monitor how much work they are doing around the paddock.

“It also allows the user to see whether bulls are working in extreme conditions, or just sitting under a tree when the temperature soars. Producers will also be able to compare the work rate of bulls across their property, identifying the highest performing sires.” 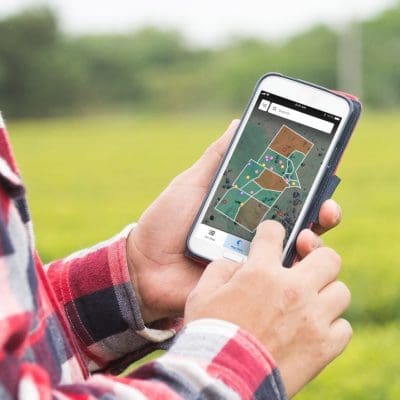 Mr Vogels said he and his co-founders saw a gap in the marketplace for the product.

“Finding labour has also become a challenge with more and more people driven towards cities. This leaves cattle producers shorthanded,” he said.

“As production costs rise, there is a need for technical solutions to make production more efficient, and less time consuming.”

Having herds monitored enables managers to get alerts when cows don’t move for a set amount of time. On one of the pilot trial properties used during the development stage, this enabled the producer to save an injured cow and her calf, saving thousands of dollars, the company said.

One of the other benefits of using a LoRa network is the ability to quickly and affordably integrate other devices such as the mOOvement water monitoring technology. This uses the same hardware and allows managers to see if their stock have access to water without doing the traditional ‘water run.’

Another benefit from the test phase has been the ability to map the grazing pressure of a paddock. “After a while we realised we could combine the data of individual animals to create grazing patterns. This was an easy feature for us to develop and it creates lots of value for producers,” Mr Vogels said.

“Some of our trial producers used the grazing patterns to redesign their paddocks for better yields.”

“Another producer noticed all the cattle hanging around the edge of a paddock, and realised it was time to move them to fresh grass. This happened before there was any visible deterioration in the condition of the cattle.”

During the technology’s test phase, mOOvement’s tags attracted attention in other markets, where they have been used as a livestock anti-theft device. Producers in Sub-Saharan Africa and in South America were attracted to the prospect that they will be able to prevent losses by using the tags, Mr Vogels said.

“We have spoken to a number of producers around the world, and the prevention of stock loss is a major concern in developing cattle markets,” he said.

The software can also identify unusual behaviour during the night and provide an alert to the manager.

“In the future producers will benefit from software updates and more features that haven’t been released,” Mr Vogels said.