Ears a smart way to keep track of cattle 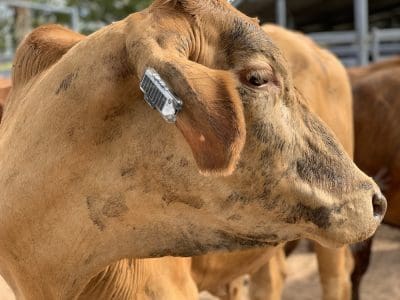 CSIRO, Australia’s national science agency, and agtech startup Ceres Tag have created a new type of ‘fit bit’ to help farmers to keep track of where their livestock are and what they are doing.

The new technology, which takes the form of a smart ear tag, produces similar data to that delivered by consumer smart watches.

Using the device farmers can track where their herds graze, if an animal has escaped or been stolen, and even unusual movements which could indicate an animal is giving birth or sick.

The aim is to save farmers time and money compared to the costs of manually tracking their herds using vehicles or aircraft.

“The tag is GPS-enabled, allowing farmers to track the location of individual animals remotely, via Internet of Things (IoT) capability,” he added.

Using on-board accelerometers, the tag can send out alerts for unusual activity patterns which could be triggered by events like theft and other disturbances of the herd.

“Aussie farmers need every bit of help they can get right now so we are pleased it has taken less than a year for this technology to move from the research phase into development for a real-world trial on cattle,” Dr Ed Charmley, Group Leader at CSIRO said.

“Our focus for future iterations is to create a smaller and lighter tag, as well as added functionality such as a temperature sensor, which could alert farmers to illnesses at an earlier stage.”

Ceres Tag will be on show at the digital forum at MLA’s Red Meat 2018 event in Canberra on 22 – 23 November and the Global Forum for Innovations in Agriculture in Brisbane the following week.

They are designed for improved retention and to last throughout the life of the animal in Australia’s unique and often harsh conditions.

CSIRO and Ceres Tag will release further iterations of the smart ear tag, drawing on CSIRO’s deep livestock knowledge and the sensing and data analytics expertise of its technology arm, Data61.

The development of the smart ear tag was co-funded by MLA Donor Company.